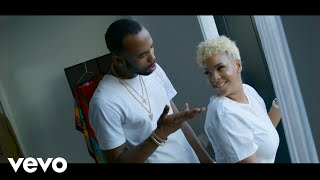 Singer Danielle DI is currently our new obesseion check out this video and catch up to how we are feeling. Personally speaking as a girl who is of South American decent having a mother who is Guyanese and a Brazillian dad this is a tune okay. Sexy is an understatement to describe it all. I love everything from the lyrics to the rhythm of the song. It is always refreshing to here reggae music it is even more refreshing to heat music that isnt only good but displays true talent

BUY/STREAM: https://atlanti.cr/thesedays Global, platinum-selling collective, Rudimental, have today unveiled their striking new single “These Days” featuring a stellar line up of Jess Glynne, Macklemore and Dan Caplen. LISTEN HERE: https://www.youtube.com/watch?v=Er1eh1D8p2o Taken from the bands forthcoming third album, “These Days” is released through the band’s own subsidiary label Major Toms in partnership with Big Beat Records in the US. The track sees the collective tak

Firstly this song is my anthem for 2018! This small footage makes me want to see this movie now! I was moved motivated and overwhelmed by the amount of talent and energy in this one clip. I love the song, I love the concept of the movie and I simply cannot wait to see it. Not only am I dying to see how Zendaya does, but I cannot wait to learn the story line and the outcome of the movie. Let us not forget the glimpse of gorgeous choreography and the sick vocals. You can count

Website: www.rebeccazama.com Instagram: @rebeccazama www.instagram.com/rebeccazama Facebook: Rebecca Zama Music www.facebook.com/rebeccazamamusic Twitter: @rebeccazama www.twitter.com/rebeccazama It's been a while readers. I’ve missed you dearly. Miss Morgan has me running around like a chicken with its head cut off. I mean she will not stop until you guy and gals are up to date on the hottest events taking place around the world. I made my way to the Legendary Paperbox in W

NEW YORK, NY (August 23, 2016) -- Boasting an irresistible blend of pop and R&B, Montreal’s Rime Salmi brings a universal approach to making music. Born to Moroccan parents but raised in Canada, Salmi writes and performs songs in English, French, Spanish, and Arabic, earning the artist airplay in Canada, Japan, Italy, and the Middle East, where her 2009 collaboration with Karl Wolf, “Yalla Habibi,” topped the charts. Following the success of subsequent singles “Stop” and “Cr
1
2
345